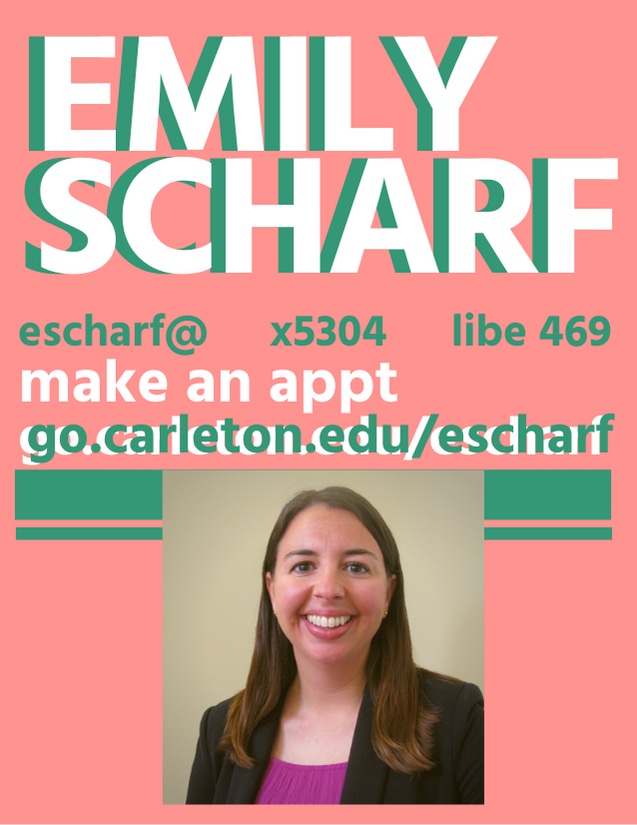 Search tips:
This database provides a lot of specialized limiters on the advanced search screen, which you can access by scrolling down on the PsycINFO home page.

Below are all the categories you can use to limit a search. Some popular categories are Tests & Measures, Methodology (i.e empirical study or literature review), and Population. 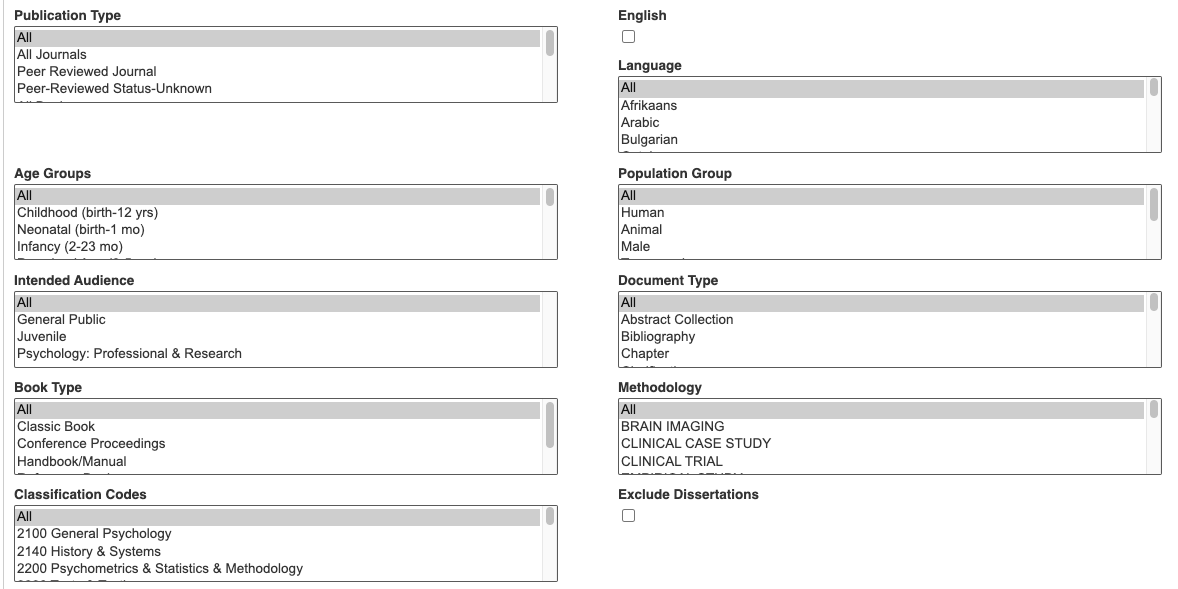 Use a different row for each different concept. Add synonyms for concepts in a box separated by the word OR (eg: college OR university).

If you need help coming up with search terms, check out the APA Thesaurus of Psychological Index Terms. The link is in the upper left corner.

When you're reading through articles, you're probably used to reading to find information relevant to your topic. But keep an eye out for these other aspects to help you find even more relevant articles:

Example for the topic of virtual reality for the treatment of phobias.

Many computer-assisted treatment procedures have been developed for use in clinical psychology. In parallel, a surge of research in this new field has provided increasing evidence that several kinds of computer-assisted treatment procedures are highly effective in treating anxiety disorders, especially phobic disorders (Cuijpers, Marks, van Straten, Cavanagh, & Andersson, 2009; Krijn, Emmelkamp, Olafsson, & Biemond, 2004; Marks, Cavanagh, & Gega, 2007a; Parsons & Rizzo, 2008; Powers & Emmelkamp, 2008). Depending upon the type of technology used and the main goals for using computers and other electronic devices in psychological treatment, at least two broad categories of computer-assisted treatments have emerged: virtual reality (VR) and computer-aided psychotherapy. We fully recognize, as do other authors (e.g., Marks & Cavanagh, 2009; Marks et al., 2007a) that the distinction between these categories is fuzzy; however, until recently, research on VR and other computer-based psychological treatments has evolved independently as two separate research paths.

If you have any problems during the research process, you can schedule an appointment with your psychology liaison. Instructions for making an appointment are included in the video below.